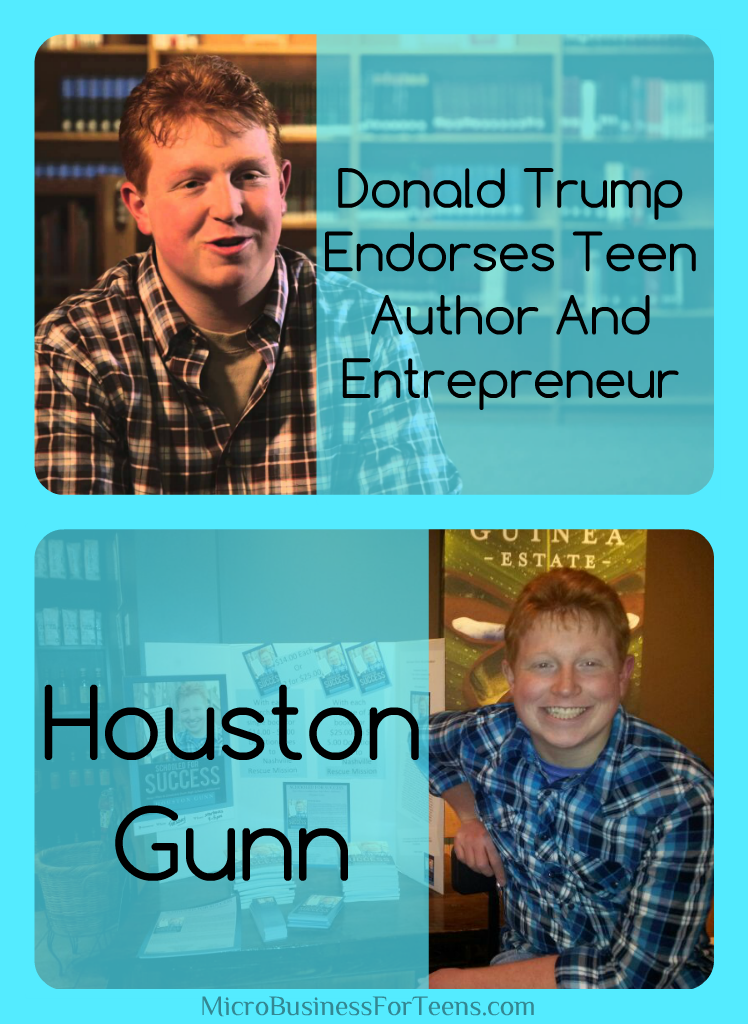 He’s only 16 years old and he has already reached the goal of publishing a book.

Teenage entrepreneur Houston Gunn wrote a book titled, “Schooled for Success: How I Plan to Graduate High School a Millionaire” when he was just a freshman in high school. After writing his book, he decided to set a goal that his book would be published by the time he was 16. Not only did he manage to get his book published within his goal, he also was able to receive an endorsement for the book from none other than business person and entrepreneur, Donald Trump.

In Mr. Gunn’s book he explains that high schools are not teaching teenagers to succeed or become entrepreneurs. Instead you are taught that if you get good grades, graduate, go to college, graduate with a degree and get a good job that you might make a million by the end of your lifetime.

Mr. Gunn explains in his book that teenagers need to be given the opportunity to try entrepreneurship. In the book he gives teenagers tips from other entrepreneurial-minded students and adults about if you just have the courage to ask, there’s the possibility that you can get exactly what you want.

This is something that happened to Houston during the initial stages of pre-launching his book. During the pre-launch staging of his book, Houston sent out hundreds of requests for interviews to people who he admired. While many didn’t respond, one and only one did; that was Donald Trump.

Trump agreed not only to endorse the book, but also to write a blurb which now appears on the cover of Houston’s book, “Schooled for Success: How I Plan to Graduate High School a Millionaire”. Houston said that the nice endorsement is helping to promote his book; which its sales are helping to put Houston at his million-dollar goal by graduation.

If you have an idea for a book like Houston did, you should think about starting a micro business. A Micro Business is a low-cost, low risk, small-scale, business that a teenager can start in a relatively small amount of time. In my book, Starting A Micro Business, I outline the steps required to start a micro business for success! You can check out my book on Amazon in paperback or Kindle edition.