You are here: Home / Micro Business Ideas / Why a Teen Dropped Out of High School to Start a Fishing Business 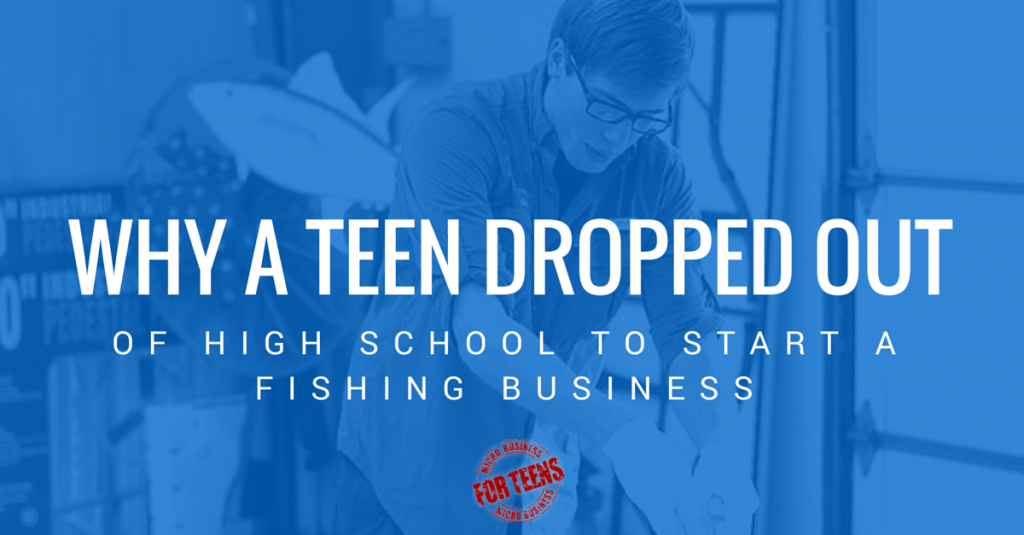 Normally the road to success is finishing high school, going to college, and getting a good job in corporate America. But that’s not the case for 18-year-old Jordan Budd.

Jordan dropped out of high school during his junior year in May 2013. Why would he forsake his education? Jordan says that hanging around the wrong people and not having an interest for the high school classes were his reasons.

He enjoyed fishing and that sparked his interest to turn his passion into a business. Jordan began working under another fisherman to learn the trade. He worked in and around the Outer Banks area of North Carolina, where he lives.

While he was learning the trade, he also worked towards his GED. He received his GED 3 months after dropping out of school, in August of 2013.

While Jordan did start the business all by himself, he did have some financial help from his parents. He asked for $20,000 which sounds like a lot on money (most micro businesses can be started with little or no money), but he needed hat money to purchase a trailer, a pickup truck, an ice machine, a logo design, and a banner.

It’s been just over a year since Jordan has started his business. His fish are already in five local restaurants and he’s also selling at local farmers markets.

Jordan has thought about opening a storefront down the road, but is focusing on continuing to do what he does best for now.

For more information about how to start your own micro business, check out my series of books, Micro Business For Teens.