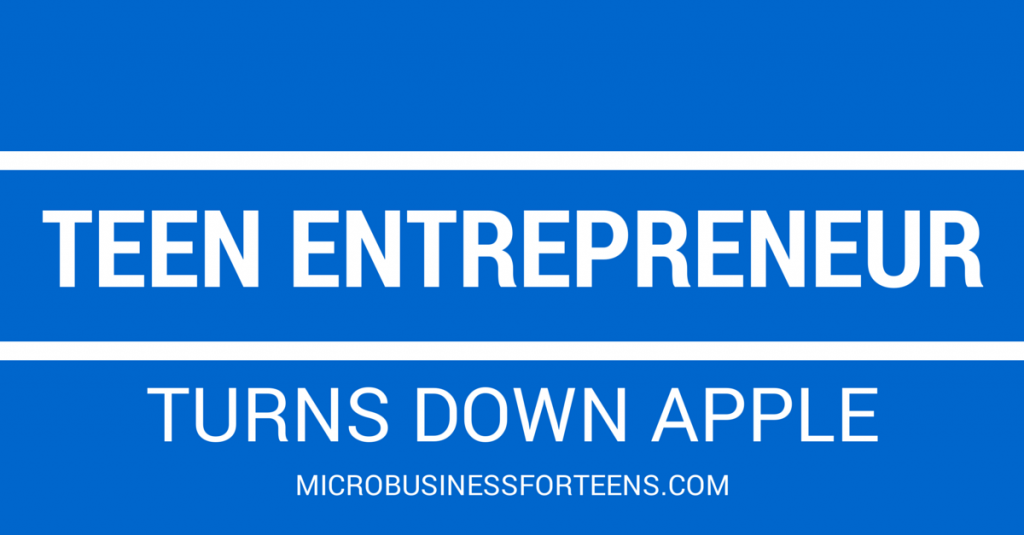 He’s only 19-years-old and he already has close to 40 apps on the App Store!

John Meyer has been an app developer since freshman year of high school. One of his first apps he developed was, Just Light, a flash light app that has been downloaded more than 2 million times!

When John was 16, he wanted to go to Apple’s popular WWDC conference for developers. His only problem was their age requirement; you had to be 18. That didn’t stop John from finding a way around the system. He asked his dad to buy the ticket for him. Then they both flew out to San Francisco and his dad gave John the ticket to go.

“I was 16 and anyone under 18 wasn’t allowed. It was right after the successful flashlight app. My dad got the ticket from Apple, flew back home and left me in San Francisco,” he laughs.

The good news is Apple has since changed its rules and now dedicates a whole teen program just for young developers.

John says he’s really been able to make a connection with many of the Apple staff saying, “I’ve been close with a lot of people at Apple, from going to Apple’s developer conference every year. I’m in a field where I’ve done a lot of things already, an expansive portfolio of projects I’ve worked on.”

His expertise and connections with Apple actually landed him a job offer to work as an intern for Apple. For many, this is a killer job! Interns at Apple can make close to $5,723 a month. But John turned it down saying, “I am, at heart, an entrepreneur. I won’t be happy working for someone else.”

Although a college age 19-year-old, John decided that college isn’t for him. Instead he’s decided to pursue building his own startups. One of his startups is Fresco News. Fresco basically takes Instagram, Twitter, and Flipboard and turns photos from ordinary people on the scene of big news events into news stories.

His startups are definitely keeping him busy and although college could be a possibility in the future, right now he’s just happy with making apps for fun and profit.